Here's a tip... don't come back! Restaurant workers reveal the VERY offensive customers they've had to endure - from leaving a rude note instead of a gratuity to bare feet on the table

By Jessica Summers For Mailonline

Sometimes people in restaurants act preposterously and sometimes it's caught on camera so they can be publicly shamed.

People from around the world have shared the worst examples of customers behaving badly - with the very best collated in a gallery by Bored Panda.

One snap reveals a man with his bare feet laid right in the middle of a public table, while another shows a child watching a film at full volume at a restaurant.

Elsewhere, a man casually walks in to a cafe with an AK47 on his chest, and two people decided to have a food fight in the middle of a restaurant.

Here, FEMAIL shares some of the best examples... 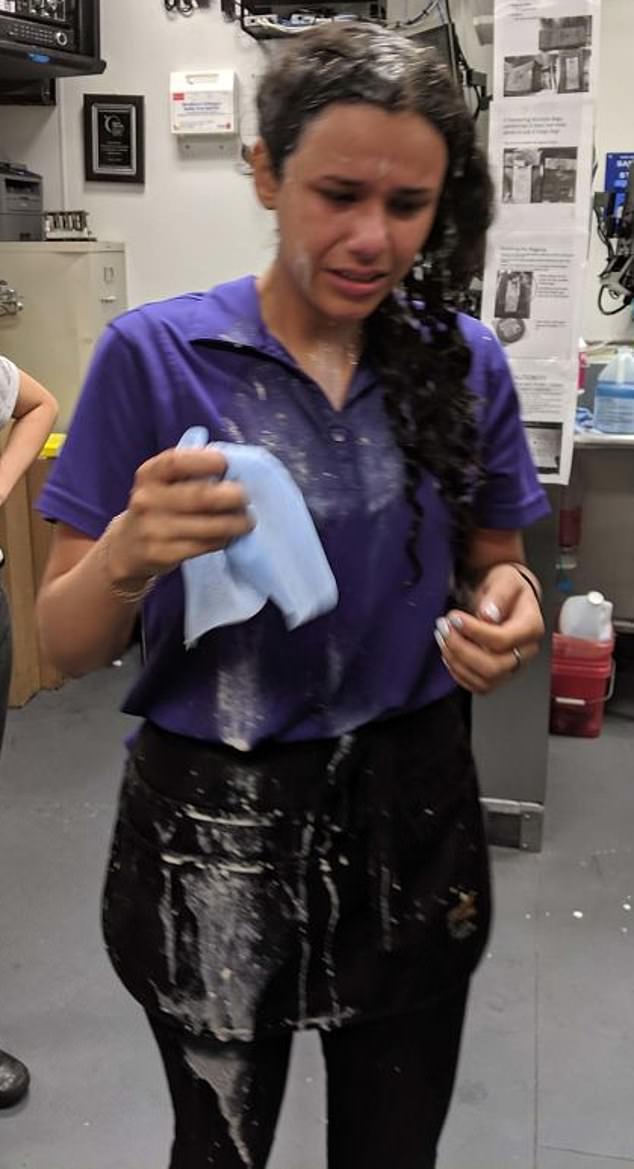 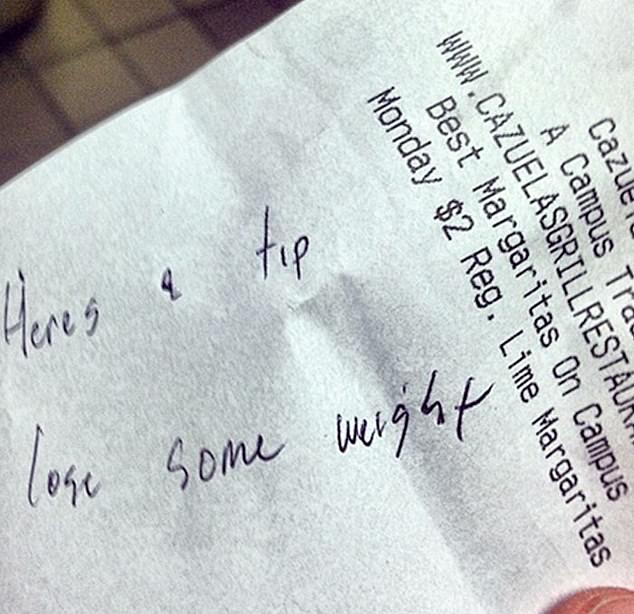 Here's a tip for this rude US restaurant goer, if you're going to be stingy enough not to leave a tip, at least leave with some dignity 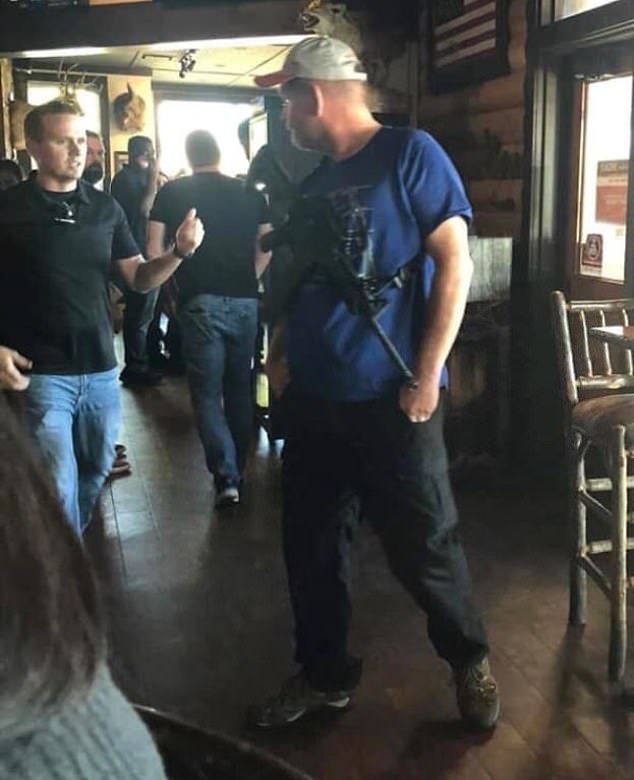 This man in an Oklahoma restaurant is a threatening presence if ever there was one, and that's probably due to the rifle strapped to his chest... 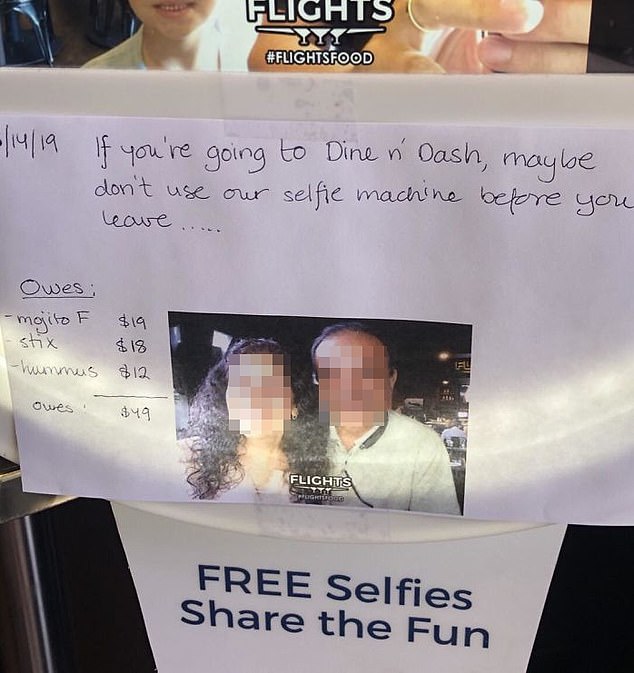 This US couple decided not to pay for the food they ate, forgetting that selfies are forever, especially when they're pinned on the wall 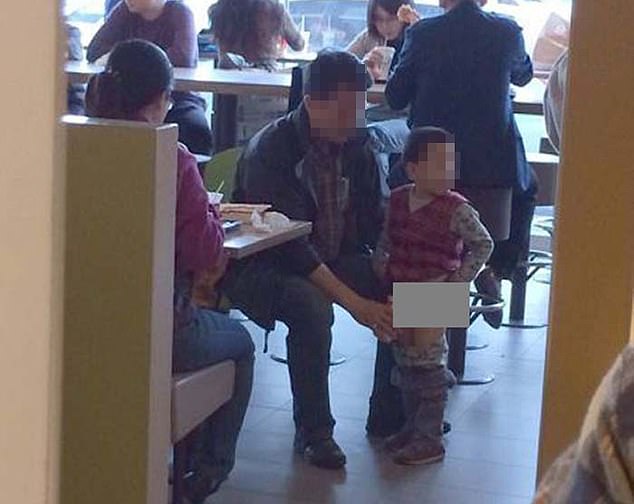 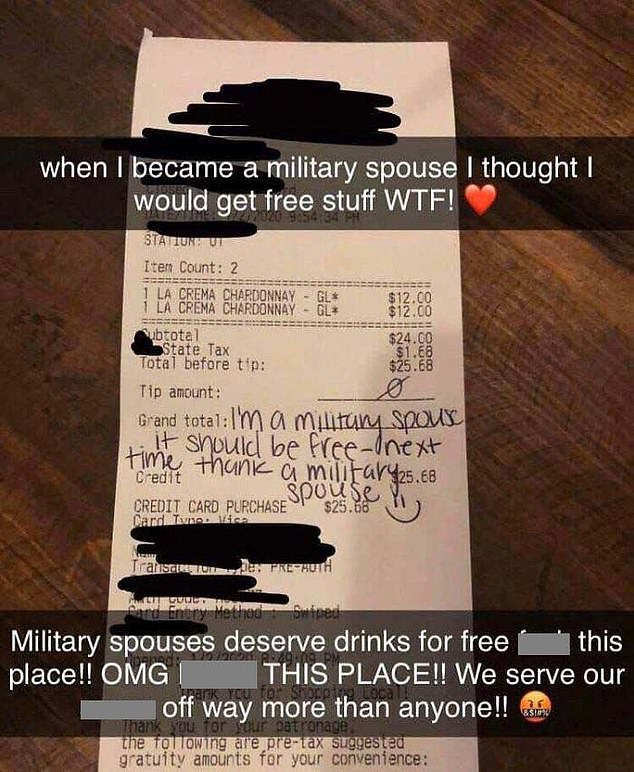 This US military wife is not only grossly entitled but extremely brazen about it, what about this screams subtle and polite? 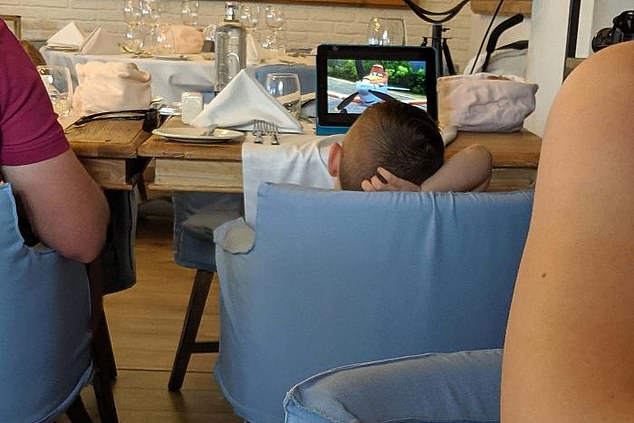 Ever heard of headphones? These UK parents forgot they actually have to look after their children in public spaces, and not let them play films at full blast 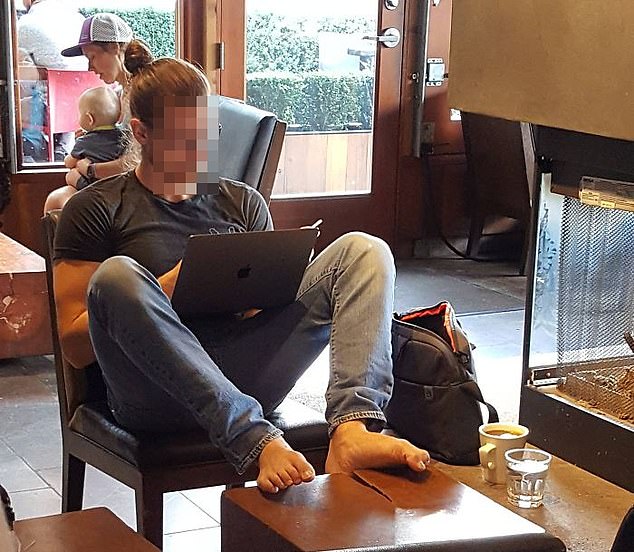 Making yourself at home is likely encouraged at this UK establishment, but surely not as far as bare feet are concerned 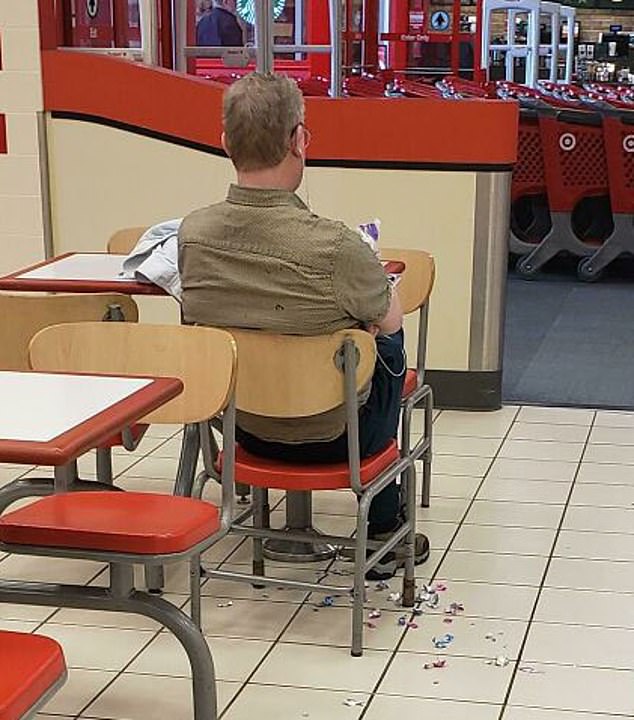 Not so sweet! This US man seemingly thinks it's perfectly acceptable to throw candy wrappers on the floor for a server to pick up 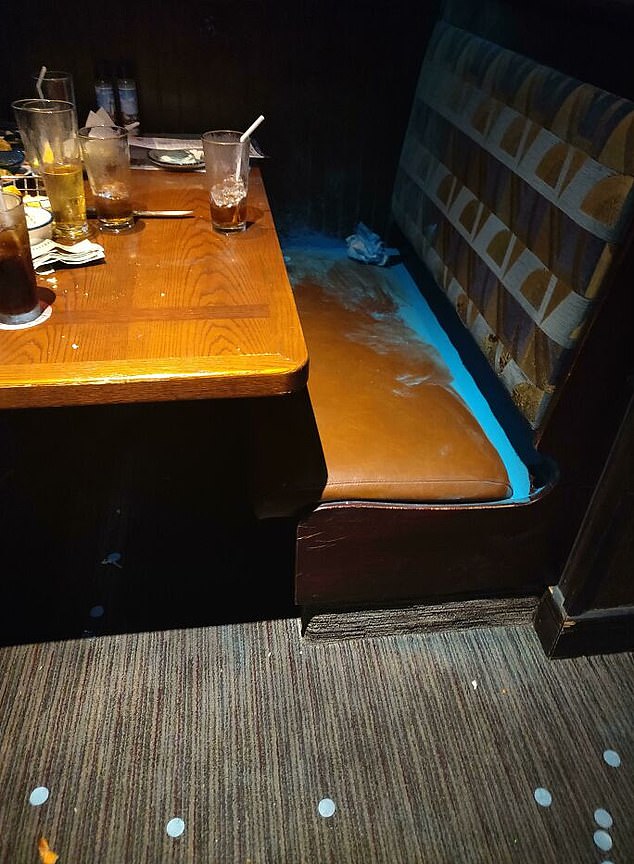 A gender reveal party that leaves bright blue dust and confetti all over the seats ? Yes of course, why wouldn't that be a great idea 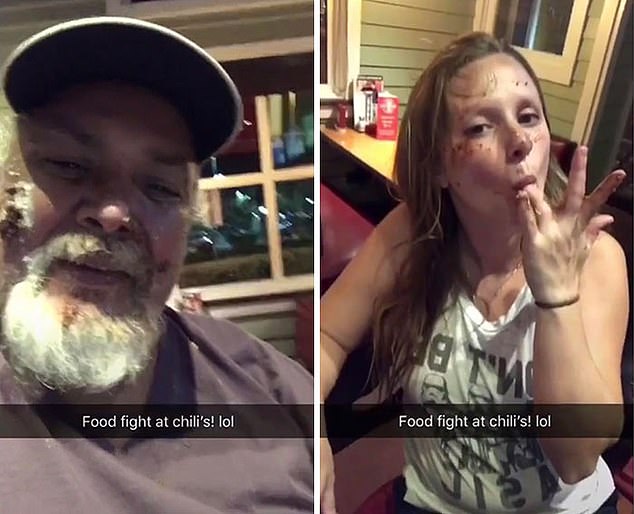