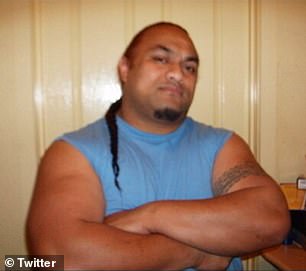 A father-of-ten has tragically died after a gruelling battle with Covid-19 and pneumonia.

John Talo tested positive to coronavirus in November, but his condition became life-threatening about a month later when his inflamed lungs filled with fluid - which quickly became infected.

His wife Ellen, daughter, nine sons, two grandchildren, brothers and sisters were forced to pray for a recovery from home due to strict limits on visitors in Melbourne hospitals during the pandemic, as his condition continued to deteriorate.

Early on Sunday morning, health authorities finally allowed his entire family to be by his bedside to say goodbye. 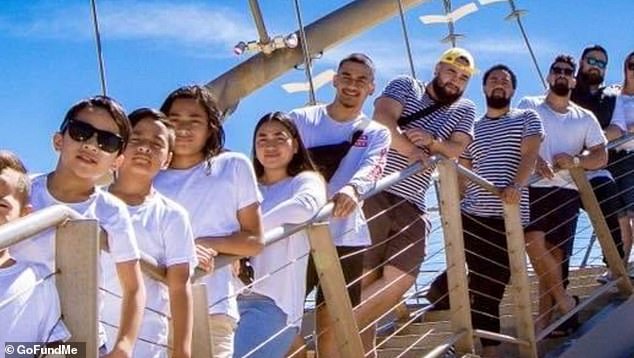 John Talo's nine sons and daughter are pictured. He and his wife Ellen lived in a three-bedroom home 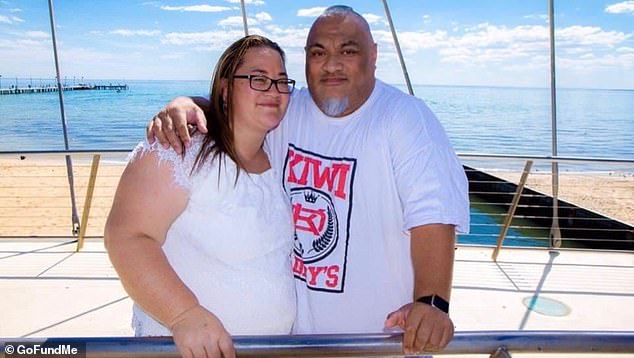 'At 3am, my dearest father took his last breath,' his daughter wrote on Facebook.

'I’m just at a loss for words. My number one supporter. My rock. My endless love.

'Spoiled me even when I was a brat to you. I’ll love and adore you forever dad. See you when God calls me home. Love from ur little princess always.'

Mr Talo's cousin Theresa Cowan said he and his wife were in the middle of renovating their three-bedroom home to make space for all 12 of their children and grandchildren when tragedy struck. 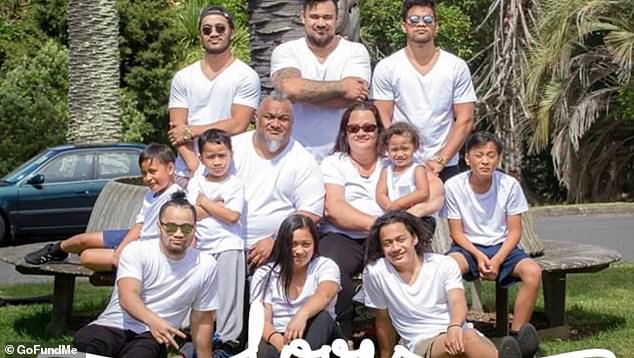 She created a created a Go Fund Me campaign to raise money for funeral costs and expenses, now that Mrs Talo is a single mum.

'This family is the first to be there to help, love and support anyone going through a hard time and will give whatever they have to help others,' Ms Cowan wrote.

'If anyone can lend a hand or a few spare dollars to this incredible family after this devastating massive loss that would be amazing and take away just a small part of their stress.'

Any leftover funds will go towards finishing the renovations. 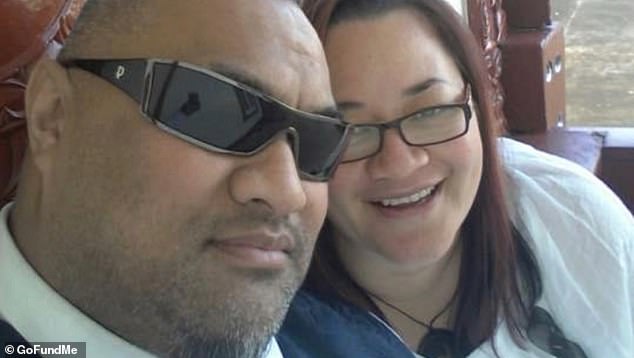 Friends and family flocked to social media to express their condolences. Mr Talo (pictured with Ellen) was born in New Zealand

Loved ones in Australia and New Zealand, where Mr Talo was born, flocked to social media to express their condolences.

'John is a man that I look up to and strive to be like. Humble and honest man,' one user wrote.

Another said: 'No way I can’t believe this lost for words.'

Melbourne father-of-ten died after contracting Covid-19, which turned into pneumonia