Moment Kanye West stormed off after he 'punched an autograph hunter in West Hollywood THREE times and knocked him down': LAPD open probe into the incident

By Ronny Reyes For Dailymail.Com

The LAPD has named Kanye West a suspect in a battery report for allegedly punching an autograph seeker on Thursday morning.

Dramatic footage of the aftermath shows West, 44, screaming, 'Get away from me' at a woman trying to calm him down while the unidentified fan lies on the floor, clutching his head in pain.

The incident took place in Downtown LA at around 3am. outside the Soho Warehouse.

The woman in the video is heard telling the rapper, 'I am your family,' as she tries to take his hand and get him to relax. She was identified as a cousin.

'You were supposed to talk with her,' he adds as he walks away.

The person recording the video could be heard saying, 'Why did he just do that? What is wrong with him?' 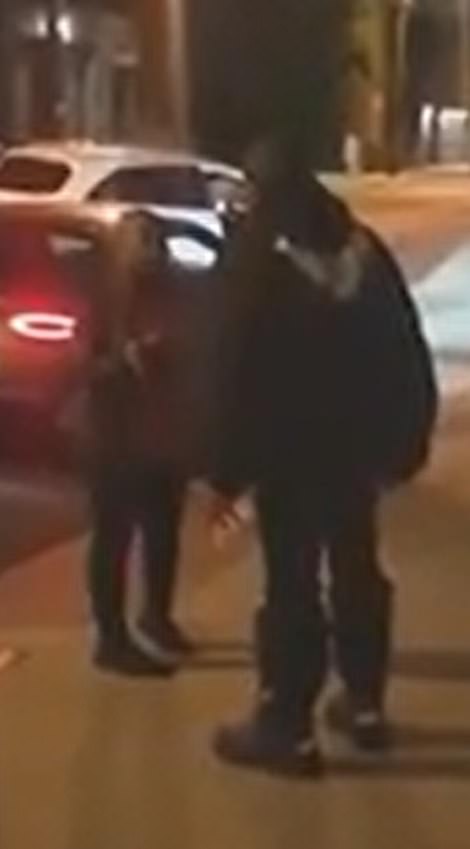 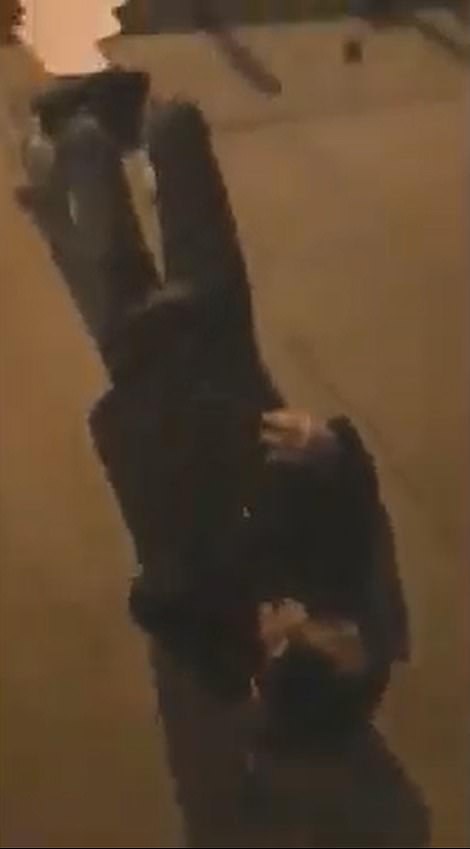 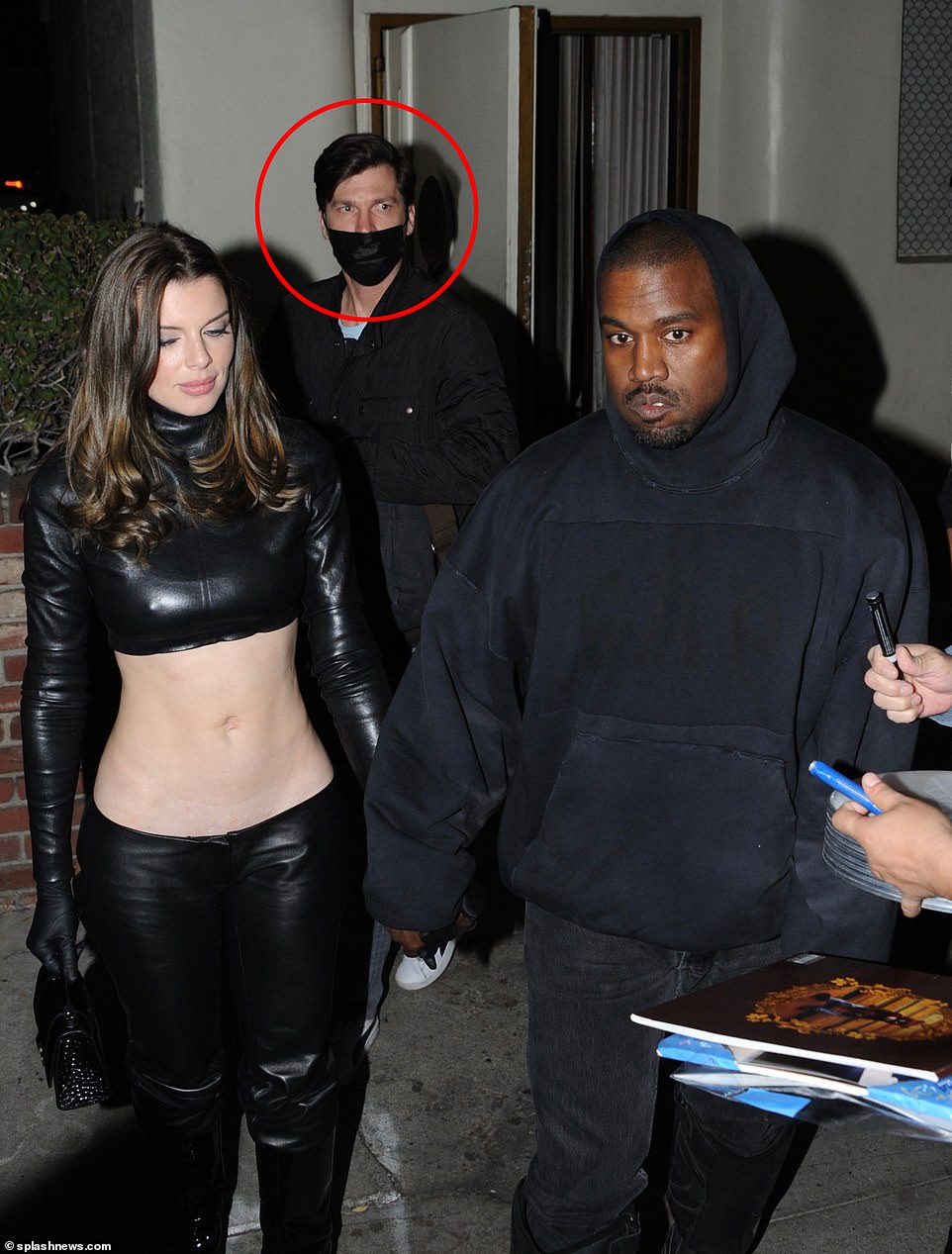 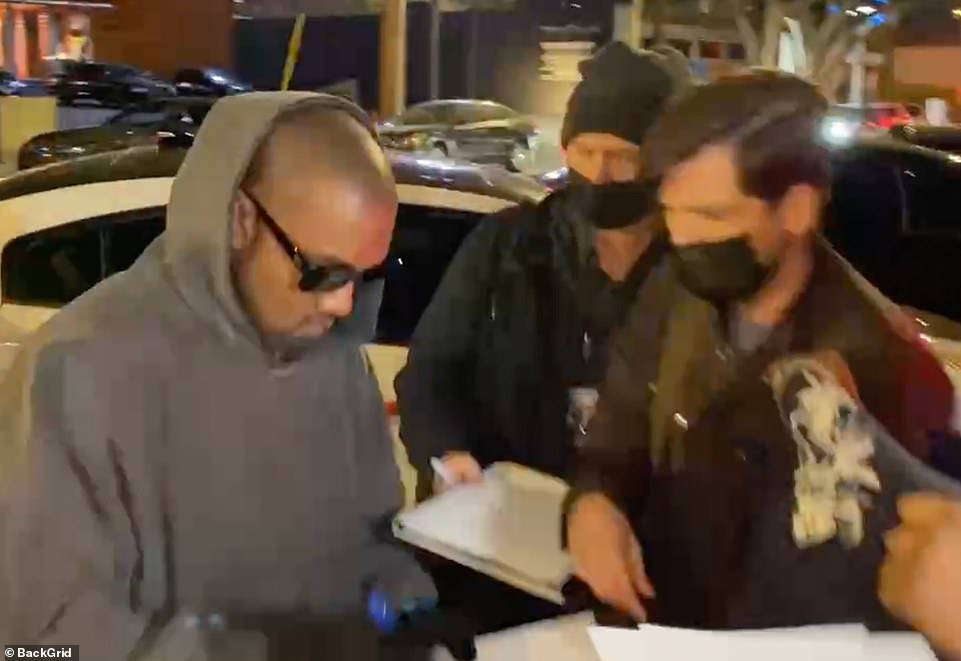 Witnesses told TMZ that West punched the man twice in the head and once in the neck, striking him down and causing the fan to hit his head on the sidewalk.

They added that West had asked the fan and a small group of people outside the Soho Warehouse to not take photos of him.

The rapper was previously pictured giving the alleged victim an autograph outside Craig's restaurant on January 10.

On Thursday, West supposedly told the group they did not understand what he was going through, but when the autograph seeker told him that everyone goes 'through family stuff,' West allegedly snapped and attacked the man.

The alleged victim refused medical treatment at the scene, and the LAPD is currently investigating the incident.

Earlier in the evening, West had been with his rumored new girlfriend Julia Fox at Delilah in West Hollywood for a star-studded dinner date after spending the evening with Madonna and Floyd Mayweather.

The group appeared to be in high spirits after Diana Ross' son Evan Ross shared video footage of them on Instagram.

While it was previously reported that West's new romance has gotten under the skin of his estranged wife Kim Kardashian, sources claimed she is happy to see the Donda artist smiling again.

West, who is no stranger to controversy, has had his share of outbursts over the years.

During the 2009 MTV Video Music Awards, he stormed the stage during Taylor Swift's acceptance speech for Best Female Video, an award he claims should have gone to Beyoncé.

In 2018, West spoke out in support of former President Donald Trump. Wearing a Make America Great Again hat to the Oval Office, he gave a rambling speech to Trump and reporters, and stating that the Trump 'is on his hero’s journey' and told him he loved him.

But in 2020, West announced that he no longer supported Trump as he launched his own presidential bid.

'I am taking the red hat off, with this interview,' he told Forbes, although it was unclear whether Trump's handling of the pandemic - which Kayne called 'one big mess' - may also have been a reason.

West has gone on a longwinded Twitter rants on everything from lashing out against the #MeToo movement and 'Cancel Culture' to calling COVID-19 vaccines 'the mark of the beast.'

Kim initially filed for divorce in early 2021, but was seen by his side for months in support of his new album release. 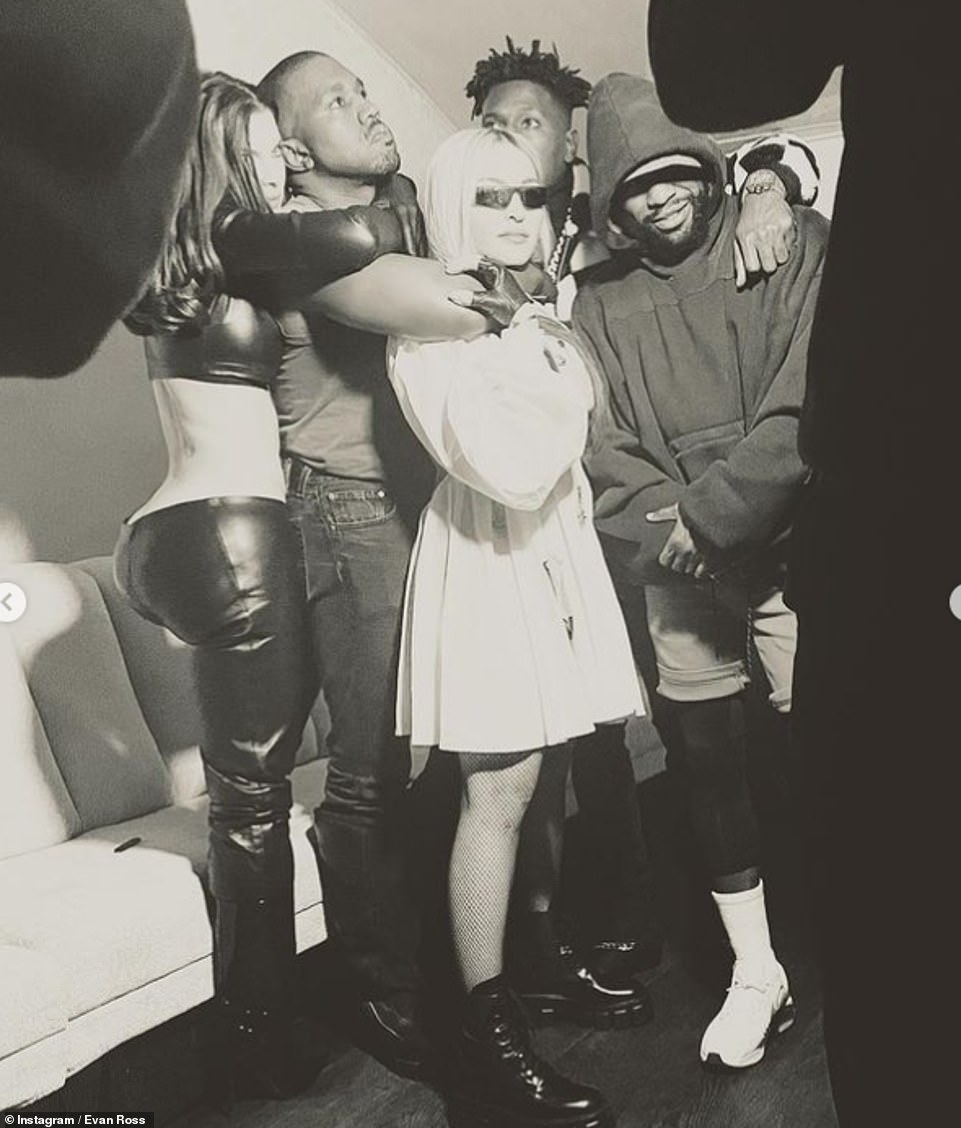 In a rambling interview with Revolt TV last November, which featured numerous digressions and left turns, he discussed the jokes Kim made about their split when she hosted Saturday Night Live last month.

In her opening monologue, Kim, 41, quipped: 'when I divorced him, you have to know it came down to just one thing: his personality.'

Addressing the dig, West hit back: 'SNL making my wife say "I divorced him" on TV because they just wanted to get that bar off... And I ain't never even see the papers, we not even divorced.'

'I want us to be together,' West added before insisting that it was 'the media' didn't want him and Kim to work out their differences.

Since the interview, Kim and and Saturday Night Live star Pete Davidson have gone public with their relationship, as have West and Julia Fox, who were out in West Hollywood just hours before the incident involving Kanye and the unidentified fan.

The investigation into Thursday's incident comes less than 24 hours after West was named one of the headlining acts for this year's Coachella alongside Billie Eilish and Harry Styles.

The rapper has not publicly commented on the incident.