At the November 1 Super Smash Bros Ultimate Direct announcement, the creators of the highly-anticipated fighting game revealed a new story mode, World of Light, that would give Avengers: Infinity War’s Thanos a run for his money.

The intro of the trailer for the new story mode revealed all of the Super Smash Bros Ultimate fighters corralling to take on Master Hands.

However, heroes including Mario, Zelda, Sonic and Fox McCloud prove to be no match for the Boss, whose bursts of rainbow light turn all of the fighters into dust.

Almost all of them.

In a reveal that set Twitter alight, just one character was shown left standing after the cataclysmic event—Kirby, the cherubic, pink fan-favourite character who was originally designed as a placeholder. 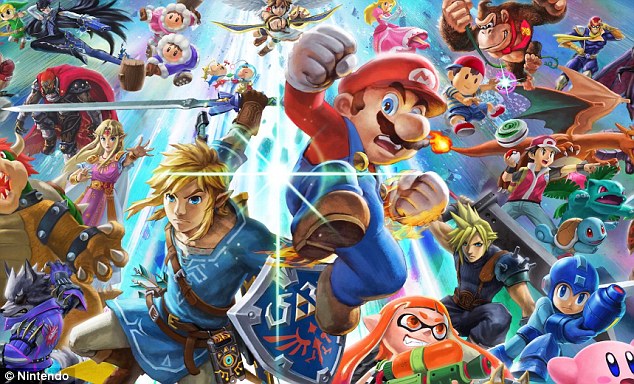 The trailer then shows replicas of all the Super Smash Bros Ultimate fighters being imbued with their corresponding spirits, only for the reanimated versions having sinister, glowing red eyes.

Footage of the gameplay reveals just how important Kirby is to the series and to the story mode. Not only is he the only one to have survived, which led to one Twitter user to describe it as ‘canon’, but he is also the key to freeing all the other 73 fighters, though not before fighting them.

Features hinted at include puzzle tasks, different maps and even skill trees.

The game’s creator, Masahiro Sakurai said that World of Light is ‘nothing like what we came up with for the Subspace Emissary mode’. The main distinction is how World of Light explains Super Smash Bros Ultimate’s other new mode: Spirits.

Spirits Mode replaces the Trophies and allows fighters to power up their abilities using characteristics and features of other Super Smash Bros Ultimate characters. Spirits feature simultaneously in their own mode and features in the story campaign.

World of Light explains how the characters ended up being spirits in the first place.

In Spirits Mode, spirits can interact with the fighter and each other to create different fighting conditions that shift depending on the enemy.

There are primary spirits and support spirits that can mix in numerous combinations. Spirits are won through Spirit Battles that involve a roulette in which players have to snatch them for the fighters.

The trailer for World of Light also featured a new version of the Super Smash Bros Ultimate theme song that has lyrics.

Super Smash Bros Ultimate is out on Nintendo Switch on December 7, 2018.

No comments have so far been submitted. Why not be the first to send us your thoughts, or debate this issue live on our message boards.

'I would wake up to her hand in my pants': TikTok star Jack Wright, 18, accuses influencer Sienna Mae, 18, of sexually assaulting him FOUR times - once by groping him while he was passed out. She says he's slut shaming her