By Ashleigh Gray For Dailymail.Com

He has been keeping a low profile on social media even since tragedy struck at his Astroworld concert in November last year.

The 30-year-old rapper first posted a snapshot of his back as he sat shirtless on a beach, without a caption. 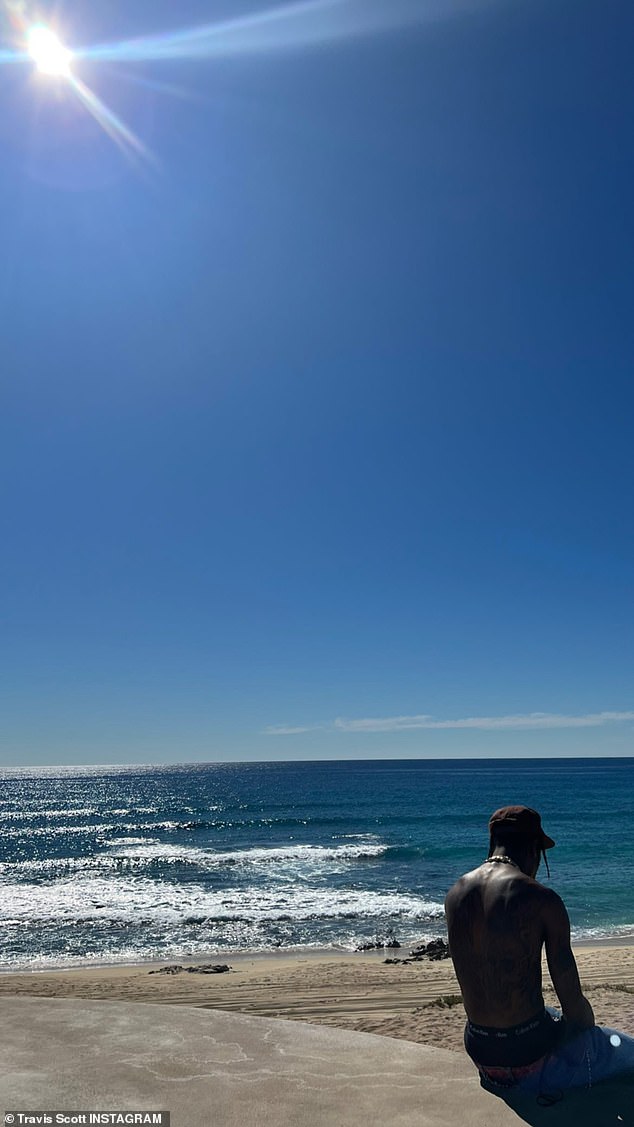 Back online: On Friday Travis Scott continued to slowly make his way back onto fans' social media timelines with a new trio of images shared to Instagram

Travis - whose Astroworld Festival left 10 fans dead - was pictured with his head hanging low, before posting two further shots of a pair of headphones.

Earlier this week, it was reported that an artist is suing Travis for hundreds of thousands of dollars for allegedly stealing his artwork and using it as the cover of his 2016 album La Flame.

Mickaël Mehala, who is also known as Black Childish, filed a lawsuit in his home country of France over claims the rapper used art he made of the rapper as a centaur without permission, according to TMZ. 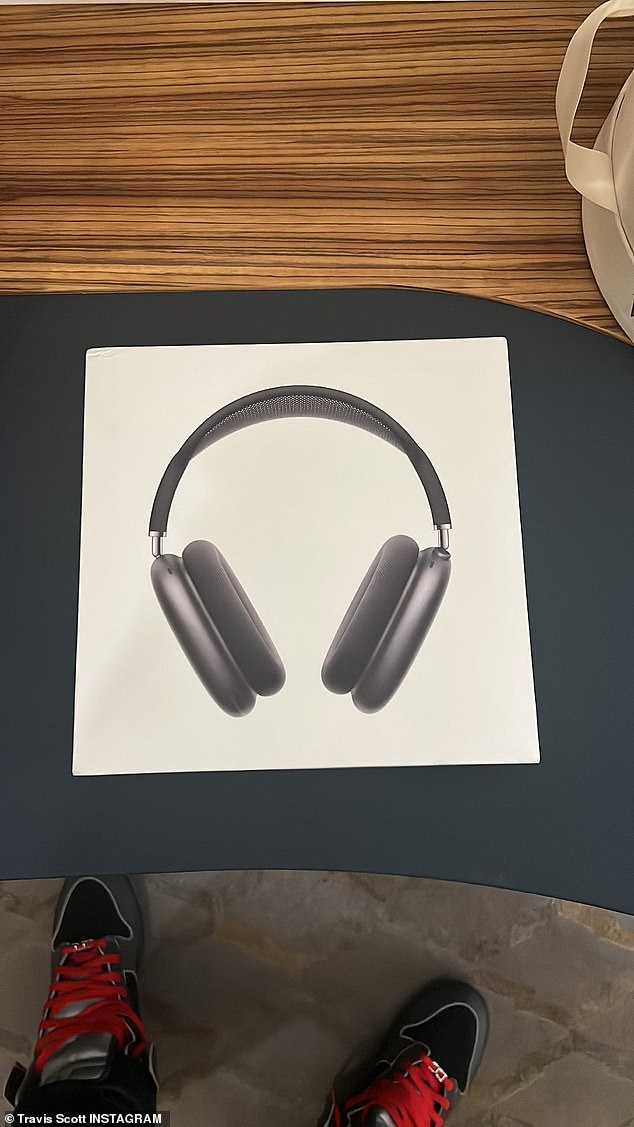 POV: In the second and third posts Travis showed his 44.2 million followers a view from his perspective

Scott's lawyer Ed McPherson shot down the allegations in a statement obtained by DailyMail.com where he insisted Scott had never released the album in question.

The artwork, which was also appeared on Scott's YouTube and Tidal pages, has been removed from the platforms which once featured it but Mehala is still suing Travis for hundreds of thousands of dollars and sole control of the centaur piece in the future.

Travis has been embroiled in controversy following his deadly Astroworld festival in late 2021. 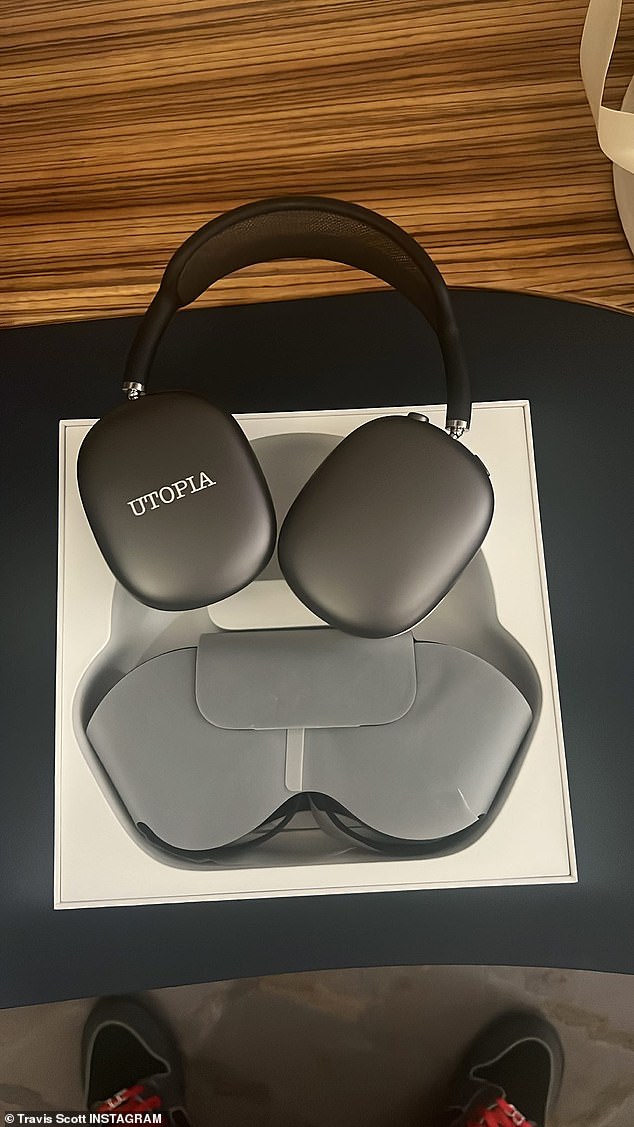 Personalized possession: Travis showed off brand new headphones that were inscribed with the word Utopia, the name of his latest album

Scott — who's full name is Jacques Bermon Webster II — has largely stayed out of the spotlight amid a slew of lawsuits including 'inciting mayhem' after headlining his Nov. 5 festival where 10 people were killed after fans stormed the stage.

The rapper has since been dropped from the Coachella lineup and a forthcoming appearance at the Day N Vegas festival.

Texas attorney Thomas J. Henry is representing 68 victims in a lawsuit against Scott and fellow rapper Drake, as well as the organizers Live Nation and the venue, NRG stadium, with dozens more cases expected to follow. 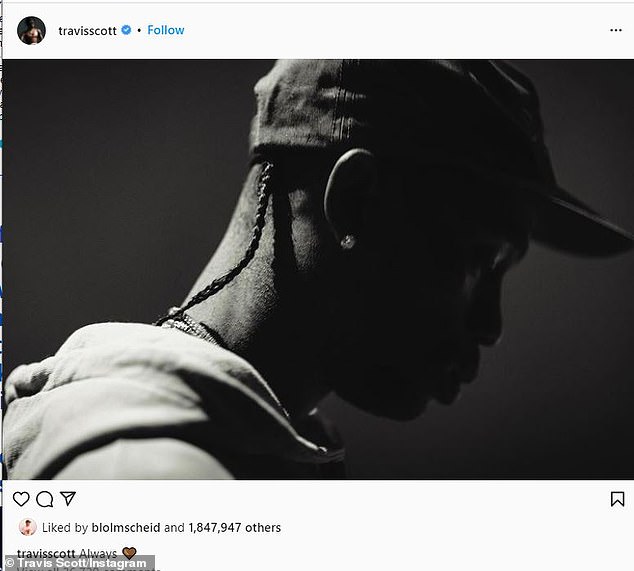 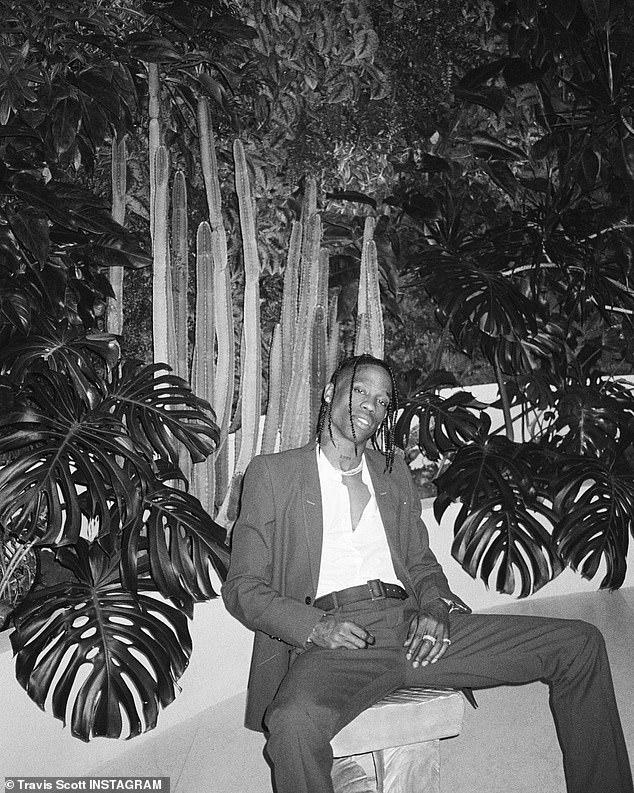 New Year's Day: Travis dropped in again on January 1 to share another black and white photo

'More and more injured victims are contacting my firm by the hour,' said Henry. 'While we are all still working to understand the full scope of the Astroworld tragedy, I believe the damages suffered by its victims could total in the billions.'

Furious relatives of the victims are demanding that Scott be held accountable for the tragedy after he continued performing while crowds chanted 'stop the show.'

The rapper, who said he was 'devastated' about the deaths and couldn't 'imagine anything like this happening,' has twice been convicted for encouraging fans to jump security barriers and rush the stage at previous concerts.

Drake, 35, called it a 'devastating tragedy' in an Instagram post Sunday night, saying: 'My heart is broken for the families and friends of those who lost their lives and for anyone who is suffering. I will continue to pray for all of them and will be of service in any way I can. May God be with you all.' 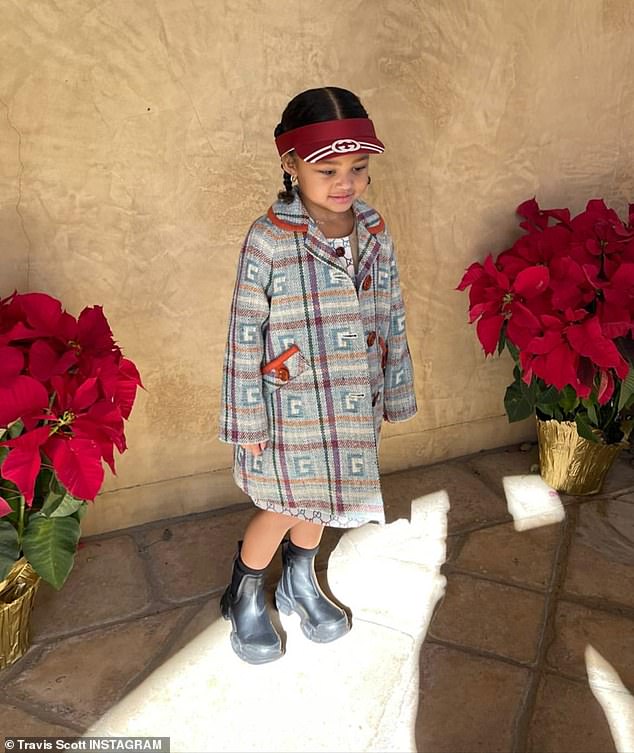 Baby girl: The entrepreneur also posted a photo of his and Kylie Jenner's nearly four-year-old daughter Stormi Webster on January 1